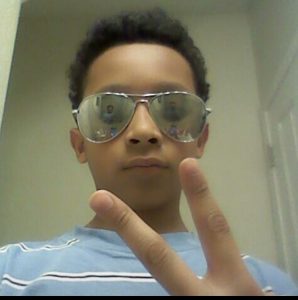 There was a story we heard once of a news anchor who left her job say she could no longer stand the thought of someone else’s worst day being her best.

We understood a bit of this emotion last week when a man shot and killed his son because he was gay. Strong Family Alliance was featured on both NBC News and Austin’s NPR station, KUT, in stories about that tragedy.

When we launched National Parents Coming Out Day on October 12, we were on many news outlets, and we shouted it from the rooftops. It felt like a celebration.

But what were we supposed to do when a child was killed for being gay by his own father, and we were featured in the media? It was obviously great publicity for us, but it felt so tragic to post our coverage. After more than a week of rumination, one thing kept coming to mind.

Would this now be the way it is? “Celebrating” when horrific things happen because it brings attention to our cause of supporting parents of gay kids coming out? It’s just so very sad.

So here we are, very late in the game, saying we were part of very nice stories on two very nice media outlets recently. And we wish we felt more like celebrating.

We will keep supporting parents, and we will keep answering media inquiries. And while we help as many parents as possible with information and resources, we will pray that someday we we will be out of business.